Sri Lanka is a tropical island in the Indian Ocean that is smaller than Scotland or Tasmania and roughly half the size of the state of New York. Despite its diminutive size, Sri Lanka boasts an infinite variety of landscapes, unusual water, mineral, and biological resources, and ancient cultural heritage.

Sri Lanka’s strategic location on the sea lanes connecting East and West has exposed it to significant cultural and political influence throughout its history. From ancient times, the island was well-known to travelers of various nations, and its renown for rare stones, spices, elephants, and scenic beauty is documented in Greek, Roman, Arab, and Chinese legends.

Gemstone mining has a long history in Sri Lanka, dating all the way back to the time of ancient monarchs. Under the regulatory supervision of the National Gem and Jewellery Authority (NGJA), the traditional, environmentally friendly, and ethical mining processes have established numerous milestones in the international gemstone mining arena. Additionally, traditional mining procedures refined over generations have been the key cause of Sri Lanka’s low rate of mining accidents.

In Sri Lanka, the most often utilized method of gemstone mining is pit-head mining and tunneling. Other extensively utilized processes include surface placer mining and river bed dredging.

Gem mining in tunnels is risk work as some tunnels collapse in muddy areas. 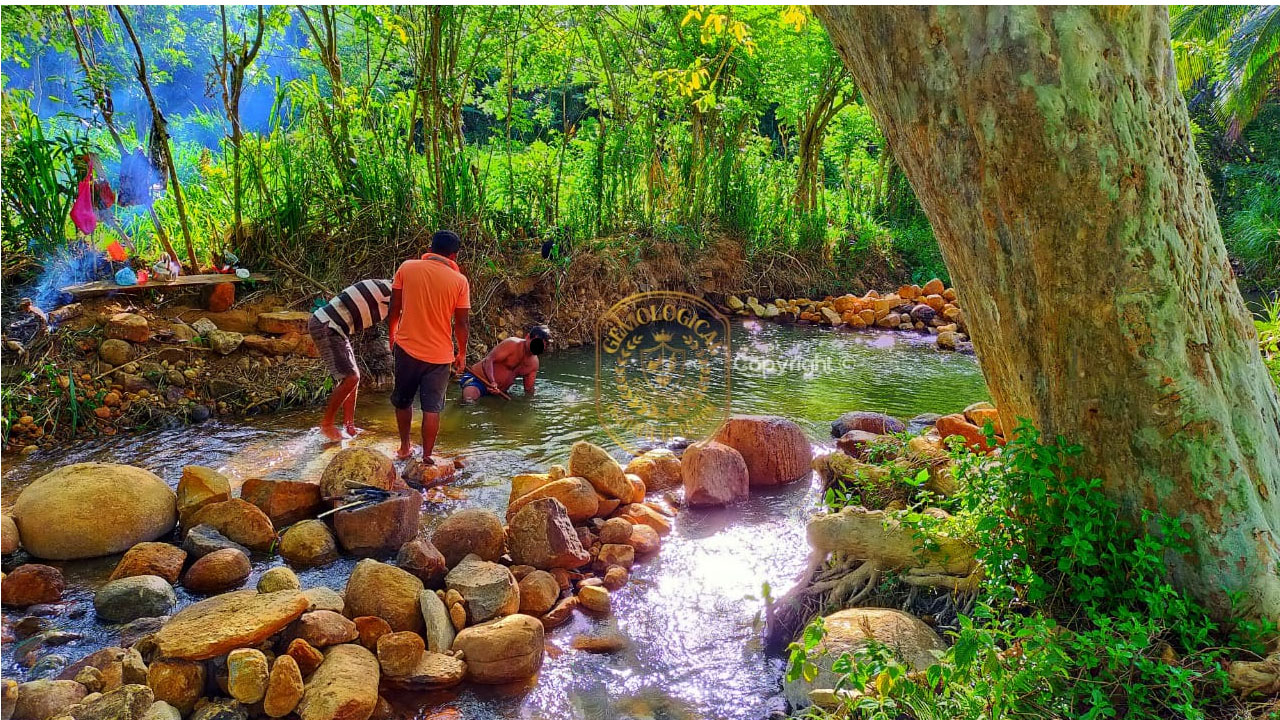 Then reduce all necessary expenses including oil, gas, food, wood, kekilla and so on.

Then divide the rest amout

Some areas have bit different sharing procedures in gem mining. In some cases, especially if they found so many gemstones every day gem mining owners take all the big stones and give smaller stones to gem miners to sell and share the profit. Sometimes head bass gets a bucket of full gem gearing soil to try his chance.